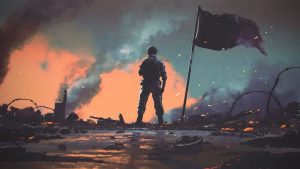 Supremacy, Land and territory, Independence, Political dissensions, Individual opinions, Ignorance, and propaganda to mention a few have played a major role in the cycle of hate among persons, families, ethnic groups, and countries at large.

This hatred increases geometrically with each passing day and eats deep into world peace. Several countries possessing the potential and power to attain world peace are surprisingly countries that have nurtured dark hatred for each other over decades and centuries.

Top Countries that Hate Each Other and Why

Russia and Ukraine take a foremost position amongst the countries that hate each other in recent times. Vladimir Putin, Russia’s president, wants to be able to have a say in Ukraine’s future affairs and its geopolitical matters.

He mentions this very often in his writings and strongly believes that Ukraine and Russia are closely knitted, brotherly, and should be unified in all sense.

Still, Ukraine’s president in 2013, Viktor Yanukovych, wanted to be loyal to Russia and its territory which about 75% of it is located in Asia, and as a result, refused to sign a trade agreement that would bring Ukraine closer to Europe.

Ukrainians disagreed and protested against Yanukovych, rooted him out of office, and elected a government that favored their being closer to Europe than Russia even though they still had certain ties with Russia such as its long border and a kind of shared cultural history.

Since then, fast forward to recent times, Ukraine has been steadfast in its quest to maintain its independence, but Russia’s present president, Vladimir Putin wants Ukraine to be closer to Russia and away from the west.

He believes that Ukrainians and Russians are very alike and should be united wholly. Putin also wants to keep Ukraine and its borders away from North Atlantic Treaty Organization(NATO).

NATO is the western military alliance, which is trying to expand eastward after absorbing most of the European nations in the west that had been in the Soviet Union in the 1990s.

Vladimir Putin views NATO’s foresaid expansion into Ukraine as a threat to restoring Russia’s rightful place among the world’s great powers. No wonder he has spent his 22 years in power rebuilding Russia’s military strength as well as its geopolitical territory.

Now, he views the situation in east Ukraine as one with little progress especially as Ukraine is getting closer to western states and is receiving great support from the US military and NATO countries bordering Russia.

It is no surprise then that these countries hate each other and there is an ongoing escalated conflict that is imminent to a World War.

Though its hatred is now in the past, England and France were countries that hate each other, fought numerous wars, and had many political disagreements and tensions. Surprisingly, a threadlike water channel in Western Europe known as the English channel is what divides England and France.

You will say, “yeah they should have an aesthetic relationship”, but the opposite is the case as their relationship has been one that can be termed ‘intricate’. Why can we say this? Follow along as we consider what made this relationship kind of like a match made in hell.

Interaction between England and France is inescapable and so there have been times in history when these two countries have had great disagreements on matters and have even tried to overthrow one another.

The Norman Conquest in 1066 is one of these times in history. The Normans who emanated from the place now known today as France crossed over the English channel, invaded England, and claimed the English crown. As if that was not enough, William the conqueror and his men came with their language and tradition and it has successfully been embedded in the British society of today.

The Hundred Years War that the French and English armies fought was also a reason why these countries hated each other. England wanted to dominate the Aquitaine even though it was controlled by the French region but owned by the English friends. The Aquitaine was probably desired by England because of its main tourist attractions such as Bordeaux, its regional capital.

Sporting is another common reason why these two countries hate each other. An example is after Jonathan James May’s professionalism displayed in the March 2018 Rugby game, the French team smashed England’s dream of a 6 nation win with 22-16.

The American war of independence was another significant reason why England and France hate each other. France went into alliance with the colonists of American independence in 1775 and Napoleon Bonaparte tried to expand his empire as widely as he could even into the English empire but this was an abortive mission as his forces were subjugated by Admiral Lord Nelson at the Trafalgar battle.

Read also: Is Baja California In Mexico or the US? Is It Even Safe?

You know, it is funny how China and Japan are also neighbors economically and militarily, yet they are countries that hate each other. These two East Asian countries have had centuries of enmity, disdain, and discord resulting from various factors.

To the Japanese, the second Sino-Japanese, and to the Chinese, the war of resistance to Japan. Yes, this war (the second world war in China) was one of its kind in China’s modern history, it did a great deal putting serious strain on China and Japan resulting in their hatred today.

The war was largely due to the invasion of Manchuria in China by Japan. You see, Japan is bestowed with highly developed industry but suffered a scarcity of natural resources and so, turned to Manchuria for resources such as lumber and oil.

This was not wrong itself so long there was a mutual agreement but Japan did so without prior notice which was a total breach of the regulations of the League of Nations.

So between 1937 and 1945, it was an all-war between these two countries. Though China was triumphant over Japan, it was ravaged because of the massive deaths, and destruction of industrial infrastructure and agricultural production.

Undoubtedly, China and Japan are two great powers in Asia. Their rivalry over time has made it difficult for both countries to collaborate to reach great milestones in history. Little wonder that Beijing, China’s capital city is trying to pull away its Asian neighbors such as the Philippines to join its Sinocentric club but does not try to entice or seduce Japan knowing fully well that Japan’s input will be immense.

In conclusion, I would say it is a pride-embedded issue(shrugs).

Land and resources disputes, religion, human rights, mass migration is the answer to the ‘why’ these two countries hate each other.

At the end of the British Raj or rule of the Indian subcontinent in 1947, India gained its independence and was divided largely on the basis of religion. India was formed as a Hindu and Sikh nation while Pakistan was formed as an Islamic nation.

Soon after this division, a mass migration ensued of an estimated 14 million people. A large number of Muslims moved from India to Pakistan and Hindus and Sikhs moved from Pakistan to India. This migration was very disastrous as violence and abduction became prominent on both sides of the border.

There were other areas after this division that were left undecided such as the famous princely state, Kashmir popularly known as ‘paradise on earth. The British left these areas to decide if the join India, Pakistan or become their own independent nation.

This led to the First Kashmir War between India and Pakistan because, for one thing, the Indus river, one of Asia’s mighty rivers flows through Kashmir into Pakistan and India and serves majorly for various activities including electricity generation and agriculture.

Kashmir also serves as the only route for India to Central Asia and Europe and for Pakistan, it is also key for the development of Infrastructure through the China- Pakistan Economic Corridor. Kashmir also possesses superfluous resources such as gold, oil, uranium, and natural gas. Indeed, Kashmir is priceless.

The Indo-Pakistani war(First Kashmir War) of 1965, the Kargil War of 1999, were due to the possession of Kashmir by India or Pakistan. Both countries hate each other because of the potential threat of losing Kashmir.

It is shocking right! But it is true. After all, despite being close to each other, siblings fight. But why these countries hate each other is more than a sibling fight.

Along the 38th parallel in 1945, the two world powers at the time, the U.S and the Soviet Union divided the Korean Peninsula which was under its rule, forming the North Korea and South Korea Government.

The Cold War after World War II between the United Nation and the Soviet Union further made these countries hate each other. Fighting for supremacy, these two world powers used proxy wars between North Korea and South Korea, thus aggravating the hatred between these two countries.

By 1950, the Korean War ensued, and North Korea with great support and advice from the Soviet Union invaded South Korea. The United Nation on the other hand joined the South Koreans leading to enormous casualties, separated families, and military clashes.

Though, since the early 1980s, there have been attempts at peace. For example,  in 1991 when the two countries created a joint team to compete at the World Table Tennis Championships and even signed an agreement that same year to reconcile and eliminate aggression.

Somehow these efforts at peace still go down the drain when the U.S and South Korea resume the joint military deals and North Korea resumes its weapon development.

These countries that hate each other are drastically reducing the prospects of world peace.