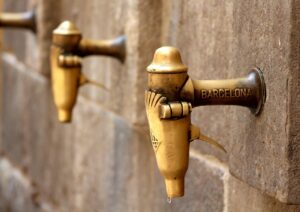 One of the questions many visitors to Spain usually ask is whether it is safe and healthy to drink tap water in the country. Knowing the adverse effects bad water can have on one’s health, it is important to ask such a question and get a valid answer. Also, the cost of buying bottled waters in Spain often make low-budget holidaymakers in Spain resort to drinking tap water. In this article, you will get to know many things about drinking tap water in Spain.

Can You Drink Tap Water in Spain?

You can drink most of the public tap waters in Spain according to international water quality standards. Water companies in Spain are under obligation to submit their periodic water quality reports to the appropriate government agencies. They get sanctioned in the event of non-compliance with the government’s precautionary measures. This way, there is a reduced risk of getting sick from bacteria in water from public taps.

However, there are a few issues associated with public tap waters such as taste, odor, chlorine by-products, microplastics, and local pipe contaminants. Just like many other countries in the world, Spanish water providers apply chlorine to sterilize tap water to kill viruses and bacteria. As a result of this, there might be some chemical taste in the water which does not harm the water.

So, tap water in most cities in Spain like Madrid, Barcelona, etc. is safe to drink. The tap water is also a great alternative to bottled waters offered at a high cost in most restaurants, shops, clubs, etc.

Read also: What to Do at Niagara Falls USA Side

Can You Drink Tap Water in Spain’s Remote Areas?

While it is safe to drink tap water from most of the major cities and tourist resorts in Spain, it is advisable to play safe and drink bottled water in remote coastal areas. Solares is one of the best non-carbonated bottled drinks in Spain. Virtually all restaurants and hotels have it. So, it shouldn’t be difficult to get it. It’s noteworthy that some places can charge as high for bottled water as they do for a bottle of wine owing to high demand.

As a safety precaution, it’s best for all visitors to come along with anti-diarrheal drugs or antibiotics in case a serious toilet or stomach problem occurs. Well, you are very unlikely to encounter these stomach upsets in major Spanish cities. Being armed with necessary medications is a good safety measure for holidaymakers going to more remote coastal areas where water conditions and sources considerably vary.

How effective is Water Filter in Spain?

Generally, it is safe for you to drink tap water in Spain without a water filter even as a visitor. But, if you don’t like the taste of the water or you feel the water must have been contaminated through the local pipes or microplastics, you can get a water filter made in Spain. Faucet water filters like TAPP are often regarded as the best water filters. They are portable. If you don’t intend to stay in Spain permanently, you can take it to your home country.

Read also: Fun Things to Do In Nashville Tennessee for Couples

Water filter saves you the cost of buying bottled waters. A water filter also helps you to get rid of unpleasant odors and tastes from the water including chlorine. It also helps to filter out contaminants such as lead, microplastics, and pesticides.

At a reduced price, the filter helps you save money and our planet at the same time. An average household that consumes bottled water in Spain spends around €320 per year. But a water filter like TAPP will help you save €260 while you drink clean tasty tap water straight from the tap.

Read also: Things to do in Niagara Falls, New York for Couples