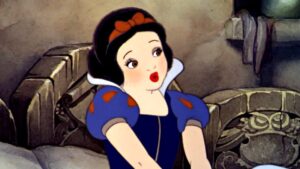 What are the names of the seven dwarfs that saved Snow White? We’d be sharing the answer in this article. Not only will we share the names, we’d also talk about some things that make each of these Dwarfs unique.

What Are the Names of the Seven Dwarfs in Snow White?

Of all the Seven Dwarfs in Snow White, Dopey is popularly known for being the butt of the other dwarf’s jokes, and he’s sure known for being immature and annoying, his immaturity annoys Grumpy and Doc all too often. He is the youngest of the Dwarfs, he is mute, and his favorite clothing is a purple hat and shirt with long sleeves. The Dwarfs are sure used to Dopey’s immaturity and for the most part, they ignore his shenanigans.

True to his name, Sleepy is sure one character that is always weary and droopy-eyed, always eager to fall asleep. In many of the scenes we saw Sleepy, he was struggling to stay awake even amid the most fun events taking place. The classic example of that person who falls asleep as soon as a movie starts showing. Sleepy is also known to be a hard worker, even though he is often lazy and getting injured as he doesn’t have quick motion.

In addition to being a hard worker, Sleepy is also really good at observing things and thinking logically.

One of the shyest of the Seven Dwarfs, Bashful is known for just how self-conscious he can be and how coy he can get. Many of us remember him as having a crush on Snow White, and all through the course of the movie, we could easily see just how much he was into Snow White. Like most of the Dwarfs, his personality really infuriates Grumpy.

He is a romantic, and we feel he is the scariest of the Dwarfs as he doesn’t talk much, his beard is colored white and his hat is colored turquoise.

Sneezy suffers from severe hay fever, hence he sneezes frequently throughout the movie. His sickness also makes him unable to either speak at all or speak fluently sometimes, as his sneezing is of gale-force capacity, blowing away anyone or anything in the direction he sneezes. So whenever he feels like sneezing, you’ll see the other dwarfs trying to hold his nose as he can predict and give a warning when he is about to sneeze.

Personality-wise, he is quite friendly; in fact, he is one of the friendliest of the Dwarfs, and he can make Dopey laugh fairly easily.

Like with the other Dwarfs in Snow White, Happy’s name is reflective of his personality as he is jovial, and has a very optimistic demeanor. You will always see him with a smile, he is very bubbly and bright, he giggles quite often, and he is sure a good singer and yodeler.

Physically, while Happy seems to be the most cheerful of the Dwarfs, he is the plumpest of the dwarfs and has a love for food.

Of all the Dwarfs, grumpy is sure the one with the shortest temper. He can be grouchy and overbearing. If you have one dwarf who is always being annoyed by others, it is Grumpy. We have seen,though, that he also has a warm heart, but he rarely shows or admits it.

While he is seen as having a sour disposition, he is quite capable and competent, intelligent and fearless, but opinionated and anti-change.

The self-proclaimed leader of the seven dwarfs, Doc is quite intelligent and reliable. The other dwarfs sure find it easy to trust his guidance, although he and Grumpy can be at loggerheads sometimes. Doc tries to encourage the other dwarfs to be rational and to stay organized. He is also accommodating, having the more fatherly nature among the dwarfs.